Radon gas is a dangerous substance that is invisible to the eye. Radon can even causes lung cancer after prolonged exposure. Air Purifiers are great for mold, dust, allergies, bacteria and viruses, and odors, but many people do not know that they can also help with toxins, gases and chemicals such as radon. In this article we will discuss some of the best air purifiers for radon gas.

It is important to note that while an air purifier can help to trap some radon, they are not as effective as other radon reduction systems or soil depressurization systems and a radon specialist should always be consulted. Please note that the “EPA does not recommend air cleaning to reduce the health risks associated with radon.” 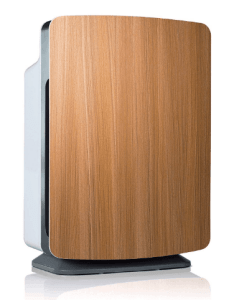 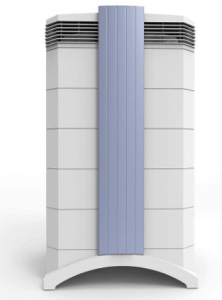 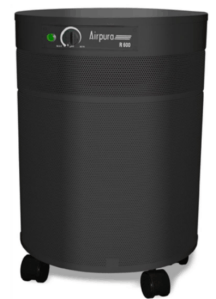 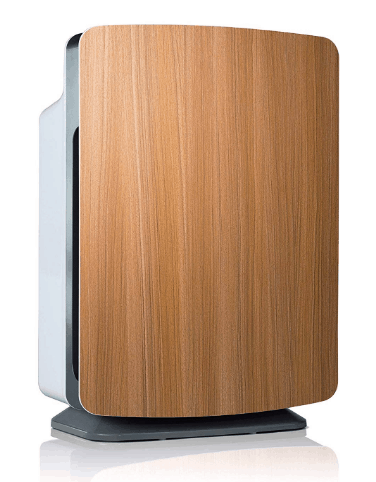 The Alen BreatheSmart is the best air purifier for reducing radon gas and similar toxins in your home. The reason this air purifier is effective is because it has massive amounts of activated carbon to absorb airborne chemicals and gases. The purifier has 2.7 lbs of activated carbon and a HEPA-FreshPlus filter to absorbs and capture a wide variety of harmful airborne substances including VOC’s that produce odor, chemicals and gases, smoke, and more. You can protect your home from indoor pollution, gases, and radon with this ultra-absorbent carbon solution. Additionally, the purifier will also eliminate allergies, dust, chemicals, smoke and cooking odor. 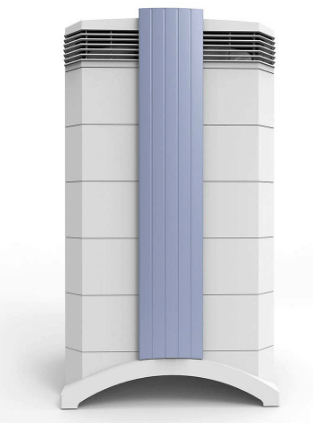 The air purifier features a MultiGas filtration and is combined with an advanced filter design to provide exceptional protection against gases, odors, and chemicals. The MultiGas filtration system features four disposable gas-phase filter cartridges. These GC MultiGas filters are 12 lbs. (5.4 kg.) in total of activated carbon. This activated carbon is made from bituminous coal and not the lower-quality coconut-shell carbon. This air purifier will do a great job of eliminating gases, toxins, and chemicals like radon. 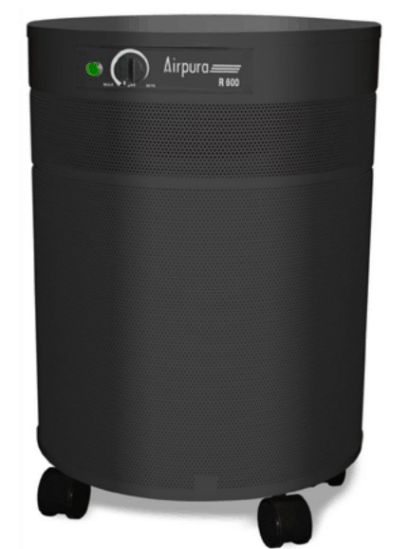 As radon is released from the soil and rock under someone’s house, it can infiltrate the air and water of a home. Although radon can be found in low levels outdoors, the radon levels intensify when trapped in water or the air of someone’s home.

Radon often attaches to water particles, dust and other airborne particles in your home. These particles are subsequently breathed through the mouth or nose and enter the lungs. This brings us to our next point, the dangers of radon.

How is One Exposed to Radon?

Most people are exposed to harmful amounts of radon indoors. This includes homes, offices, schools, and other similar buildings. The level of radon in one’s home, office, or school often depends on the type of rock and soil in the area. As a result, there are some areas of the US that have much higher radon levels than others.

The average home has a radon level of around 1 picocurie per liter. If your home has 4 picocuries per liter or more, then action should be taken. On average, around 1 of every 15 homes in the US have radon levels that are above this threshold. 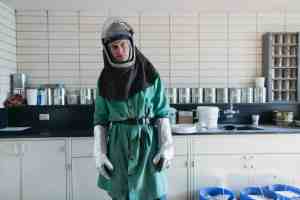 Radon is the number one cause of lung cancer for non-smokers. As explained above, radon often attaches to particles in the air. People then inhale these particles. Being exposed to enough radon will lead to lung cancer. Not only does radon cause lung cancer, but also studies show that it can also cause other types of cancer such as leukemia.

A short-term test is a great way to quickly see if your home has high radon levels before spending more money on a larger test. The quick test kits are actually recommended by the EPA for a preliminary assessment. The tests with short term kits take about two days to complete.

How to get rid of Radon in your home?

If the short-term test indicates that there are high levels of radon in your house or you have reason to believe that you have a radon problem, then action should be taken immediately.

Hire a certified radon specialist to come out to your home, office, or other building and further investigate your radon problem.

Caulk all the cracks in your home’s foundation.

Open the windows of your home (if possible with the outdoor temperature).

An air purifier works to make the air in your home cleaner and safer to inhale. These machines are great for mold, dust, allergies, bacteria and viruses, and odors, but many people do not know that they can also help with toxins, gases, and chemicals including radon.

The most important type of air filter to reduce radon levels is an activated carbon filter. Activated carbon uses extreme levels of surface area to absorb anything from mold spores to VOCs, pollutants, and radon.

It is important to note that while an air purifier can help to trap some radon, they are not as effective as other radon reduction systems or soil depressurization systems and a radon specialist should still be consulted. Please note that the “EPA does not recommend air cleaning to reduce the health risks associated with radon.”